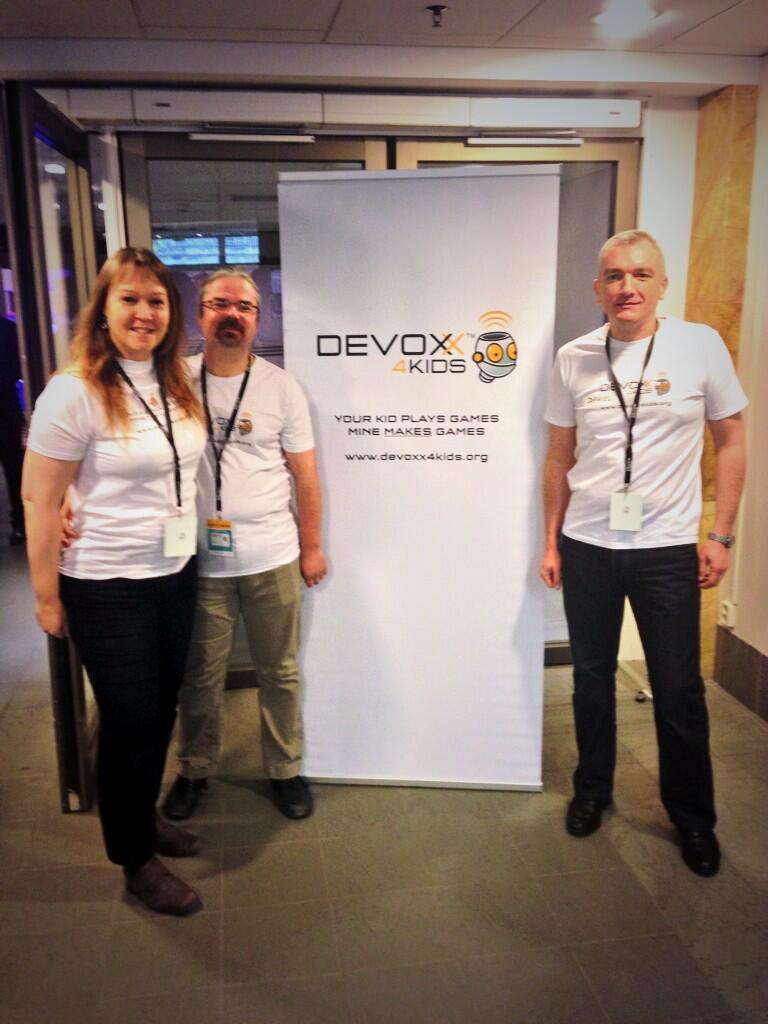 Children were then the ones of professional software programmers.
What a great opportunity for them to be able to show to their own children what they do in a fun way through the Devoxx4Kids initiative.

The limited number of subscriptions went sold out immediately showing that programmers are really proud of what they do and would like to have their children follow their same professional path (if possible ;-)).

During that event, 70% of children were boys and 30% were girls. 9 years old on average.

The Scratch/LeapMotion game developed by the children

We were also honored and happy to host a special guest with us that day.
You all know that Devoxx4Kids is for ALL children (boys, girls, poor, rich, children with disabilities, etc..).

That day we were really proud and happy to host a dedicated NAO workshop for a young autistic boy.
The result was outstanding and we would like to give a big thanks to Aldebaran Robotics and particularly to Nicolas Rigaud for the support.
Aldebaran Robotics (http://www.aldebaran.com/), the company developing NAO and ROMEO humanoid robots, is supporting the Devoxx4Kids initiative since the beginning and their “ASK NAO (Autism Solution for Kids)” program  (http://asknao.aldebaran-robotics.com/) was used for that dedicated workshop. 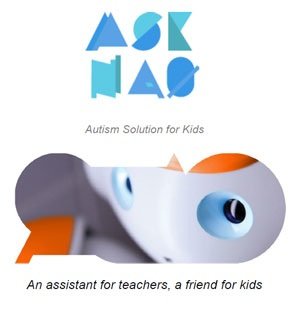 I was also invited by Aldebaran to participate at the 2nd “Aldebaran Developers Podcast” in order to explain to the Community Developer the Devoxx4Kids initiative and the use of NAO in our events. Listen to the podcast here (my interview starting at 15:00, put your speakers to the max)

At the end of the event, all parents were amazed by the various results demonstrated. They even were envious.  The following days, during the conference, we receive several feedbacks from them telling us that their children were continuously dreaming of their programs and still continuing improving them at home.

What a rewarding feedback!

Finally, we would like to thanks all the Devoxx France organization for their warm welcome and wonderful support. Without them, this event would not have been possible.